28 INTERESTING GAMES TO PLAY AT HOME-GAME23

On the Twenty third day of the campaign #WRITE A PAGE A DAY, KATTAM VILAYATU is a game which is played in the house holds of Tamil Nadu will be presented in detail. Children simply start this game whenever they wish to play. It’s an easy and engaging game. They play this game in the back of the notebooks also.

Best time to play: Any time of the day

How to play: A table is drawn on a piece of paper and the toss is laid to select the player to play first. One player is assigned the alphabet X as his/her initial and the other with the alphabet O. 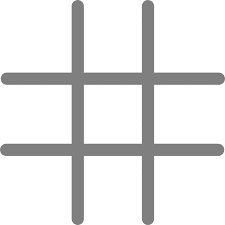 The first player starts the game by marking his/her assigned initial into one of the nine boxes created. Then the second player takes his/her turn and marks his assigned initial. The same procedure is followed till the end of the game. There should be only one letter in the box and once marked initials cannot be removed or erased. There should be three X’s or O’s in an alignment to win the game. These should be in a way to connect using a straight line. The line can be of vertical. Horizontal or diagonal. In case if no three letters are in a row, the game ends in a tie

Reference to this game:  KATTAM VILAYATU is known by different names in different regions of Tamil Nadu. It is a game played to just pass time.  It can be played anywhere and few play this game in the sand or in the soil surface