A LOOK AT THE POEM "BIRD WOMAN" BY MENAKA SHIVDASANI 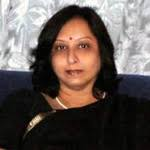 Menka Shivdasani is a founder  member of the poetry circle, which began in 1986 in Mumbai. Her poems have been published in numerous journals and anthologies, both in India and abroad. She is the Director of The source, an editorial services company based in Mumbai. She is also the Mumbai coordinator for the global movement 100 Thousand Poets for change.

"Bird Woman" is a poem written by Menka Shivdasani. The poem symbolises the lives of women, many of whom are caught within the four walls of their homes, firmly bound by the clutches of regressive ideas. The bird woman represents the desire of many women who wish to set themselves free. It is about a woman who frees herself from  a dark and dingy room and flies into the brightness through a key hole, and experiences a whole new world outside. In the  dingy room with her, the bird woman says, were others like her jostling for space- the nomad, the devil woman and the sad little lady. This is suggestive of the fact that it is not just one woman's struggle to be liberated but almost all women who are oppressed and suppressed in some way or the other and desperately in need of emancipation.

All the women were rushing out through the key hole but only the bird woman managed to escape into the brightness outside, trying to reclaim her self -respect and dignity. After many years of living in the claustrophobic room, she felt the urge to come out of the box. When she found the wings folded up behind her back, she was amazed at the fact that she had wings and  she could not believe that she had it all these years.

Though it was dirty and made a very rusty screech, she managed to fly about with it once she got started. The woman was able to befriend the birds and also had talons. Once she started flying in the blue air, breathing was a problem but she tried her best to fly high. Now the bird woman was upset that she had left behind the other women as they continued to languish in darkness. She felt it was high time she liberated herself from obscurity even though it was a Herculean task to escape from such dreary place.

The poet brings out the idea that when a woman is liberated, initially she has problems coping with the new found "freedom- breathing is still a problem sometimes." But she is seen slowly adapting to her freedom, making friends, experiencing new things and living life on her own terms. In this poem, the dark room stands for the enslaved lives of women and the "keyhole", the tiny opening , becomes the escape route, suggesting that it is extremely difficult for women to break free from the shackles and liberate themselves. 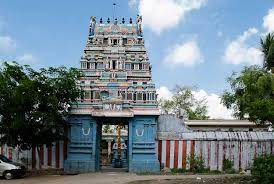