28 INTERESTING GAMES TO PLAY AT HOME-GAME-14

On the fourteenth Day of the campaign #WriteAPageADay, VINAADI VINAA a game that tests common sense and aids to improve intelligence there by helps to face challenging situations. Most villagers feel that bookish knowledge alone is not enough to lead a smooth life. A Tamil wise saying goes in support of the idea:

Bearing this in mind, villagers often create situations and stories for children and ask them to find a way or a solution to a problem. Elders evaluate the skill of problem solving and logical reasoning.

VINAADI VINAA almost like a quiz, but no marks and prizes will be given, only words of praise and appreciation.

Number of persons:  2 or more

Duration of the play: one hour

Place to play: where the players can sit and play

How to play: Those who are interested may join and children are divided into groups with two in each team. An elder in the family or the senior among the children will act like a quiz master. No particular subject is discussed, the questions will be of farming, cattle, Villages, temples, fairs, Epics, religion and moral stories make a major part of the quiz. 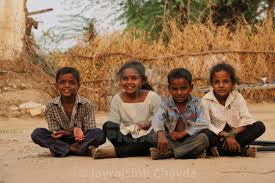 After the toss, the first question to the first team, if they pass it will be moved to the next team. If they answer it correctly, the second question is asked. In the first round three questions per team.

Number of rounds depends on the enthusiastic response and number of teams. Those who answer well be rewarded with candies, coins of smaller denominations and assurance to buy them gifts at village fairs.

The questions posed will be given clues and extra information on the subject to guess and give correct answers. At many incidences one or two chances will also be given to correct the answers. Mostly no one is allowed to pass the question, either with direct or indirect explanations the team is made to catch the right answer. Everyone is made to learn and know about the best possible way to handle a situation.

Reference to this game:  The reference to this game can be found at many gathering in the village. Radio plays a major role in creating an awareness about this game among villagers. This game some -what helps villagers to clear their doubts on any subject and make them to gather knowledge about things happening around them. Schools in villages also conduct this a game on a regular basis to encourage discussion among students.

On the occasion of the “valentine’s Day” today, Blog chatter’s Bestorified is featured a quiz, just give it a try:  https://www.theblogchatter.com/BeStorified/quizzes/indias-monument-of-love-how-well-do-you-know-it/