AN ADVENTUROUS WINTER EVENT IN ALASKA 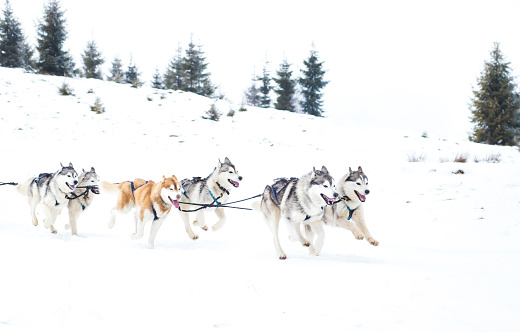 The Iditarod Trail Sled Dog Race is one of the Alaska’s iconic winter events, and the excitement traditionally starts in Anchorage on the first Saturday of March each year. The race start is set for Anchorage on March 4 2023. – making the 51st anniversary of the “Last Great Race”

Here is a brief history about it :

In the early 1920’s, settlers came to Alaska looking for gold. They travelled by boat to the coastal towns of Seward and Knik, and from there by land into gold fields.

The trail they used to travel inland is known today as the Iditarod Trail, one of the National Historic Trails designated by the congress of the United States.

The Iditarod Trail, quickly became a major thorough fare in Alaska, as the mail and supplies were carried across this trail. People also used it to get from place to place, including the priests, ministers, and judges who had to travel between villages, in the winter, the settler’s only means of travel down this trail was via dog sled.

Once the gold rush ended, many gold seekers went back where they had come from, and suddenly there was much less travel on the Iditarod Trail. The introduction of the air plane in the late 1920’s meant dog teams were no longer the standard mode of transportation, and of course with the airplane carrying the mail and supplies, there was less need for land travel in general. The final blow to the use of dog teams was the appearance of snowmobiles.

By the mid 1960’s most Alaskans didn’t even know the Iditarod Trail, existed, or that dog teams had played a crucial role in Alaska’s early settlements. Dorothy G. Page, a self -made historian, recognised how few people knew about the former use of sled dogs as working animals and about the Iditarod Trail’s role in Alaska’s colourful history. To raise awareness about this aspect of Alaskan history, she came up with the idea to have a dog sled race over the Iditarod Trail. She presented her idea to an enthusiastic musher, as dog sled drivers are known, named Joe Redington, Sr. Soon the pages and the Redingtons were working together to promise the idea of the Iditarod race.

Many people worked to make the first Iditarod Trail sled Dog race a reality in 1967. The Aurora Dog Mushers club, along with men from the Adult camp in Sutton, helped clear years of over growth from the first nine miles of the Iditarod Trail.

To raise interest in the race, a $25,000 purse was offered, with Joe Redington donating 1 acre of his land to help raise the funds. The short race, approximately 27 miles long, was put on a second time in 1969.

After these first two successful races, the goal was to lengthen the race a little further to the ghost town of Iditarod by 1973. However in 1972, the U.S. Army reopened the trail as a winter exercise, and so in 1973, the decision was made to take the race all the way to the city of Nome – over 1000 miles. There were many who believed could not be done and that it was crazy to send a bunch of Mushers out into the vast, uninhabited Alaskan wilderness. But the race went! Twenty two mushers finished that year, and to date over 400 people completed it.

Apart from winter chills, winter offers exciting events like these which many sport and adventure lovers look forward to.