HONEY BEES - ONE OF THE NATURE'S BEST TEACHER - 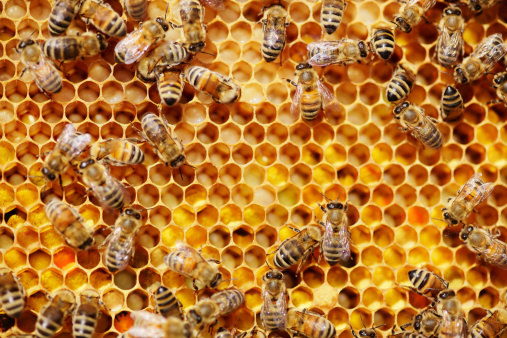 Nature teach humans  a lot and if can learn, plan and execute their lessons, there will be a constant flow of prosperity .

Among the numerous best things in nature, bees serve as example to humans because they are very sincere and do every work in a proper order. We should learn to be obedient, hard working and sincere from them.

This can be found in a poetical  form in the KING HENRY  V of Shakespeare's Historical plays. Read it here :

THE COMMONWEALTH OF BEES

So work the honey bees;

Creatures that, by a rule in nature, teach

The act of order to a peopled kingdom.

They have a king and officers of sorts;

Which pillage they with merry march bring home

To the tent royal of their emperor;

Who, busied in his majesty, surveys

The civil citizens kneading up the honey;

The poor mechanic porters crowding in

Their heavy burdens at his narrow gate

The sad - eyed justice, with his surly hum,

Bees are the efficient ones and inspire humans with their style of work. Bees don't multitask. Instead, they focus only on the top priority. They each have different jobs and they stick to them. This is how they are efficient, wasting no time on anything other than living their purpose and contributing where they are most capable.

Let us include this in this NEW YEAR RESOLUTION of 2023 and be successful in all our endeavors.