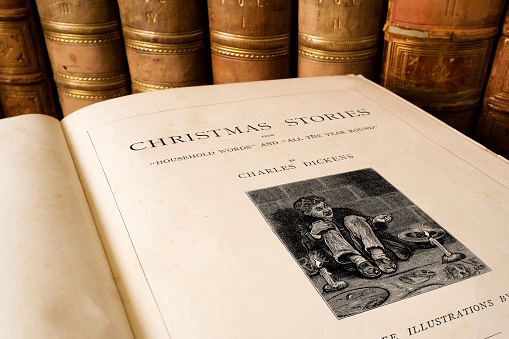 Charles Dickens was a prominent figure in the English Literature. He was a successful writer and left a remarkable impression in the literary world. The immediate success of Dickens was due to two causes : one literary, the other social.

On the literary side he came precisely at the right time in the history of English fiction. The dominating factor in the history of  early century was the rapid growth of town life under the stimulus of the industrial revolution.

The country side had found its story tellers in Scott,  Maria Edgeworth, Susan Ferrier, and Jane Austen; but for a chronicler of town life one had to go back to the age of Fielding; and social conditions had changed vastly since the time of Evelina and Tom Jones.

Dickens knew from painful experience the life of workshop, the office, and the terrible life of the streets. So, as the story -teller of London life, he occupies a niche claimed by no other writer of the time. He was not , of course, the only writer who had described the town life of his day, and some of the cockney humors of PICKWICK owe something no doubt to the picaresque extravagances of Pierce Egan; but he was the first genuine story teller.

The other cause of his popularity lay in the fact that he was not merely a story teller but a social reformer who used fiction as a platform for his social appeal. Dickens taught the readers to laugh at a time of storm and stress when they badly needed it, and having laughed with him, they took heed of his passionate monitions.

Yet both these causes would have proved  insufficient had not the novelist been a writer of genius. He was the pioneer of  a great age of fiction, and would soon have been elbowed aside had he lacked the elements of greatness.

He is not only the first great story teller of the common lives of common place people in common place surroundings,  but remains , after countless imitators and brilliant successors, yet "fasile Princeps" for he took the  trivialities of every day life, the little worries, the little pleasures, the little hardships, the little comedies, the little tragedies, and irradiated them with his glorious humour and ever flowing sympathy.

The Christmas tales of Dickens are appreciated for their beauty and moral stimulus. The feeling that Dickens in his Christmas books did so much to deepen the feeling of kindliness, of universal love, of practical sympathy, is absent from the majority of those volumes written for Christmas time.

It  may be said that Dickens's Christmas is largely convention, yet it is a convention to which these books owe their existence, and the tender, tolerant, generous spirit of a Dickens influences few of them.

The Christmas message of Dickens, we have been told is a " roast - beef - and - plum - pudding - and - plenty - to - drink - message. It was so to this extent only that he recognized that nothing could be hoped for in the way of social uplifting while men and women and little children know what hunger is, that it is can't to talk of the blessings of poverty, or to force a sermon upon an empty stomach."

And thus it is that the Christmas stories of Dickens touch us as do few others in as much as they carry with in them sunshine of a gentle hearted gaiety.  No scene of is so darkly drawn but had its rainbow and there in lies the compelling charm of stories like THE CAROL, THE CHIMES, and THE CRICKET ON THE HEARTH.

In fact Dickens seemed to say, "Feed before you moralize; satisfy the hunger of these poor folk before you try to teach them what to do and what not to do".  This practical philosophy appealed very strongly to Dickens and no one has illustrated its truth more picturesquely or more humorously.  There are some books from which we rise with the knowledge that our souls are the sweeter and saner for what we have read. And among such books  none have exerted a more compelling interest towards a greater tolerance foe men and women, a livelier sympathy for the poor and out cast, than the Christmas stories of Charles Dickens.

Teachings of Dickens "Never be mean, never be false, never be cruel."

Never be mean, that is the burden of his Christmas books.

Never be false, that sentiment runs beneath all his satire

Never be cruel, that is the mainspring of his tender humour - his compassion for the weak, the infirm, the oppressed.

Dickens has touched with pity and tenderness the springs of the English life no less than English letters, is the saner, the sweeter, and the sunnier for his purpose.

Reading the teachings of Dickens on the Christmas day is  a tribute to the great writer and to spread his wise and worth message will be a wholly  a wonderful experience to learn and cherish.