DO THE DAY OF THE WEEK IMPACT PRODUCTIVITY AND WORK ? 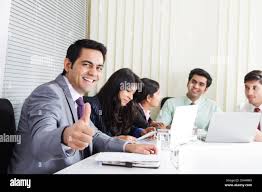 Business days, week days and working days are the words which is highly disliked and not enjoyed and love to hear it less when compared to week ends, Sundays, Saturdays and off-days. Today being a one such love days -Sunday, let's see some points on the impact of days on the work

It's possible that while you are at work, you may dream about a month of Sundays, but your boss wishes for a week of Tuesdays. That's because he/she probably knows that productivity is one of the main factors bolstering a company's growth.

A poll shows that workers are most productive on Tuesdays! An employment agency conducted a national survey of office managers, which shows that by the middle of the week, they see  dramatic  productivity decrease. While Monday is considered second in "productivity value", only nine percent of office management think Wednesday is the peak productivity day. Five percent believe it is Thursday . And Friday , well you can just imagine! However, forty eight percent of the managers polled said that Tuesday is , by far, the most productive day of the week.

A close analysis of work week rhythms would turn up some obvious reasons for those survey results. First of all, Monday is overloaded with meetings, designed to "get things moving", and everybody knows meetings aren't very productive. Wednesday is "Hump day" -get over it as painlessly as possible, a worker thinks, and the week is more than halfway over. On Thursday, people are running out of stream, and Friday, everybody's thinking about the weekend.

There are reasons why the other days aren't productive, but what makes Tuesday special? Tuesdays, employees hit peak performances because they are very focused on day -to day activities. Also, it's usually the first day of the week when they 're focused on their own task. They 're not in meetings that take them away from their primary responsibilities. Actually, Tuesdays can be quite hectic. Workers are arriving at work fairly frantic. And so, in 10 hours, they 're doing 20 hours work. That's productive, but it's also tough.

This does not mean that nothing happens on the last three days of the work week. Things do not get so lax that people are sitting with their feet on desks, sipping coffee and talking on the phone all day, but there's a definite lack of focus. The pace softens and the rhythm slows down. And this not healthy; it produces fatigue and lowers productivity. To prevent this mid week slowdown, some management consultants suggest that employers avoid jamming so many meetings into Mondays. Work deadlines can be rescheduled to stretch out the work flow. Variations in productivity are only natural, but both workers and bosses win when the peaks and valleys are less dramatic than they are now.