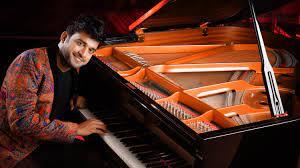 In  the blogchatter’s A2Z campaign, I will be presenting blogposts on ‘EXCEPTIONALLY TALENTED INDIAN ARTIST’ in the alphabetical order.  Today, S–  Stephen Devassy –  Piano.  First few lines about the  instrument - then about the artist.

"Music is well said to be the speech of angels." - Thomas Carlyle.

The piano is an  acoustic, keyboard, stringed percussion instrument in which the strings are struck by wooden hammers that are coated with a softer material (modern hammers are covered with dense wool felt; some early pianos used leather). It is played using a keyboard, which is a row of keys (small levers) that the performer presses down or strikes with the fingers and thumbs of both hands to cause the hammers to strike the strings. It was invented in Italy by  Bartolomeo Cristofori around the year 1700.

Modern pianos have two basic configurations, the grand piano and the upright piano, with various styles of each. There are also specialized and novelty pianos, electric pianos based on electromechanical designs, electronic pianos  that synthesize piano-like tones using oscillators, and digital pianos using digital samples of acoustic piano sounds.
Many classical music composers, including  Haydn, Mozart, and Beethoven, composed for the fortepiano, a rather different instrument than the modern piano. The piano is a crucial instrument in Western classical music, jazz, blues, rock, folk music, and many other Western musical genres. Pianos are used in soloing or melodic roles and as accompaniment instruments.
With Piano, it is the time to remember that Jyotindranath Tagore , he would create tunes on Piano and encourage young Rabindranath to compose verses to match the Raga-based melodies. This paved way to Rabindra sangeet.

Stephen Devassy  is a pianist from Kerala and the founder of Music Lounge, an audio technology school and studio in Chennai, Tamil Nadu.  His  first major break came when he was aged 18, through Johny Sagarika, for whom he did the music orchestration of six songs on the album ISHTAMANNU.

He has assisted many renowned musicians around the world in their musical endeavors and was a part of  many TV shows as guest.  He also did musical arrangements for many films.  He contributes to classical, Indian and world music as a keytarist, keyboardist, composer, arranger, music director apart from a pianist.

(I'm participating in #BlogchatterA2Z and hyperlink to https://www.theblogchatter.co 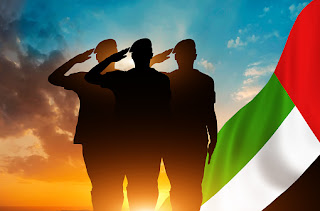