A WRITER WITH A RICH RESOURCE FOR THE YOUNG 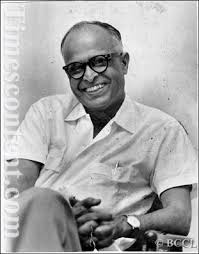 R.K. Narayan is credited with bringing Indian writing to the rest of the world. While he has been regarded as one of India's greatest writers of the twentieth century, critics have also described his writings with adjectives such as charming, harmless and benign.

According to Shashi Tharoor,, Narayan's subjects are similar to those of Jane Austen as they both deal with a very small section of society. However, he adds that while Austen's prose was able to take those subjects beyond ordinariness, Narayan's was not.

This may be the reason why readers of old and new generation love both Jane Austen and as well as R.K. Narayan.

Relevance and relatability plays a dominant role in the writings that lasts long and stands to the test of the time.

It is the means with which the readers connect to the writers and vice versa. This creates a great advantage to bring about a social change, to send a message, to teach a moral lesson and  to make the readers realize their responsibility and do their duty.

R.K. Narayan was one such writer, born in 1907 in Madras . He had his education entirely in South India. He edited the short lived journal "Indian thoughts". He settled down in Mysore. where the regional language is kanada . Malgudi was first created then. It is Narayan's "Casterbridge". Malgudi is neither a village nor a city, but a town. The river Sarayu flows by its side.

At his best (as in the English Teacher) he can present smiles and tears together, smiling through the tears in things and glimpsing the rainbow is the magnificence's of life.

R.K. Narayan's work is  really an asset for our generation today. Children should be inspired to read R.K. Narayan literature so that they can get a glimpse of our tradition and value system and can imbibe these values and traditions in their living style.