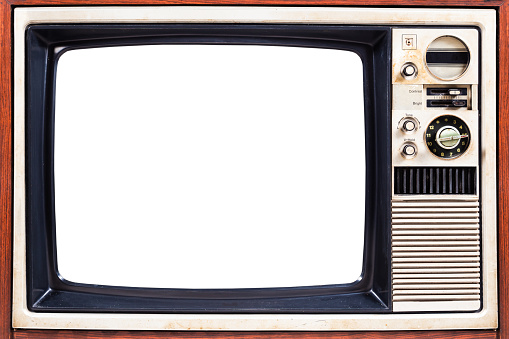 On 21 and 22 November 1996 the United Nations held the first World Television Forum, where leading media figures met under the auspices of the United Nations to discuss the growing significance of television in today's changing world and to consider how they might enhance their mutual cooperation. That is why the General Assembly decided to proclaim 21 November as World Television Day confirms the Google.

On World television Day today, lets recollect some beautiful memories and the happy hours of watching DOORDARSHAN which was almost synonymous with TV in India.  On 15 September 1959, at the studio of All India Radio, Delhi, the first TV channel in India started an experimental telecast with a small transmitter and a makeshift studio, adopting the brand Doordarshan, Hindi for television. In those days of black &white TV and even after the launch of Colour television sets Doordarshan ruled the entertainment zone.
Let it be Rangoli, Chitrahaar for music or bolly wood songs, Ramayana and Mahabharata for the mythology, World This week for the news and sports buffs, Live telecast of the celebrations on the National days all were  single handedly provided by the DD for the general public with a TV set and an antenna.
Hindi serial like  BHARAT EK KHOJ, A TRYST WITH THE PEOPLE OF INDIA, SURABHI, were the shows that delivered  interesting, inspiring and educating messages . The first music reality show in India was in DD -MERI AWAZ SUNO. The quiz program with Siddharth Basu was a treat for the school going children. All these were the Extra ordinary efforts of the DD for the sake of its viewers who resided in the nook &corner of the country.
DEKH BHAI DEKH ,GUNIRAM,  VIKRAM AUR BHETAL,  SAMANDAR, PHATICHAR, YUG, SHANTI, JUNOON, SWABHIMAAN, GHUTAN, KSHITIJ YE NAHI, FARMAAN, CIRCUS, KASHISH, HUM PAANCH,  were all such a serials that made the audience enjoy and forget all their worries for that half an hour or so. It enthralled and made them spell bound.

Above all, the following three serials out shine others with their large out door locations, and their novel attempt of bringing in an unique subjects which provided a new dimension to Doordarshan serials.

OSHIN - a Japanese serial dubbed in Hindi and telecasted at nights in DD national. It was a fine experience to see the Japanese villages, towns and cities by sitting at the comfort of our home. A rare form to know the culture and traditions of that country and the habits of its people. The cast was so good and fit in well into their character's which made the audience to  become fans of  them. Though the names were not at all familiar and absolutely different , the story line left an un forgettable mark with the Indian audience. Many watched it with fondness and discussed  its developments in  family gatherings . It was enjoyed by people of all age group.

GUL GULSHAN GULFAM :  This serial took the audience to the Heaven on Earth - Kashmir and its famous house boats. The serial fully revolves around the lives of people of Kashmir living in house boats. Everything was wonderful to see and it immersed the audience in that and made them  to go along with the flow. The beauty of Kashmir and the dresses worn by them, their language, their life style all was so well adapted by the cast and the crew which made the serial leave a lasting impression on the viewers. It was telecasted during the prime time of the DD and on some selected days in a week.

THE SWORD OF TIPU SULTAN :  This serial about  a great Indian warrior was a first of its kind in the grand style of presentation in the Indian Television scene.  Its a magnificent picturization of  kingdoms, Kings and palaces. The breath taking Mysore palace, the robes of the rulers, their weapons, forts and what not everything spoke of the glory of emperor and the country. Witnessing the grand features of the pre independent India and its freedom struggle in the visual medium was a moment of pride and joy. The serial surpassed many with its grandeur and perfect presentation.

Thus DOORDARSHAN entertained the viewers by providing information, awareness, education and entertainment in diverse forms so as to make it reach to the maximum level.