NOUN -THE FIRST ONE IN THE PARTS OF SPEECH 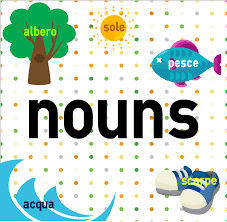 Nouns may feature as the subject or object in  a sentence. Being the first words that one learns, nouns may be classified as :

Most nouns change their form to indicate number by adding "-s" or "-es" (birds, boxes).

countable nouns have singular and plural forms and can be counted  (babies).

Non- countable nouns do not have a plural form and cannot be counted. (oxygen).

Nouns are used before other nouns (Teacher's organisation,  Student's association)

1. He works as a teacher (common noun) in a high school

2. Susheela (proper noun) was a singer

3. He was nostalgic about his childhood (abstract)

5. Since he inherited his uncle's library, he spends every weekend indexing his books.