WHICH IS THE BEST WAY TO IMPART KNOWLEDGE TO THE STUDENTS ? 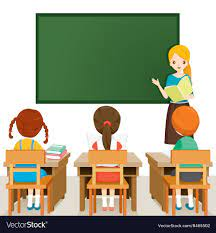 A new academic year is about to start in many schools and colleges in our country. The admission process is gearing up and the strength of students joining the courses of their like is also on the raise. Happy that many are continuing their education and that too of their choice and planning to make a great career in the days ahead. Which is the best way to impart knowledge to the students?

Those responsible for teaching young people have resorted in different periods of history, to a variety of means for making their pupils learn. The earliest of those was the threat of punishment, which means that the pupil who was slow, careless or in attentive risked physical punishment or the loss of some expected privilege or treat. Learning was thus, to some extent, associated with fear, particularly in the minds of those who found certain subjects hard to master.

At a later period pupils were encouraged to learn in the hope of some kind of reward. This often took the form of marks awarded daily or weekly for work done, and some times of prizes given at the end of each year to the best scholars. Such a system appealed to the  competitive spirit, but it often had just has depressing an effect as the older system of punishment on the slow but willing pupil.

The two systems suggest that teachers felt that their pupils had to be either compelled or bribed to learn. In the nineteenth century, however, there sprang up a different type of teacher, passionately convinced that learning was worthwhile for its own sake, and that the young learner’s principal stimulus should be neither anxiety to avoid a penalty nor ambition to win a reward, but sheer desire to learn.

These teachers used their best endeavours to render the process of learning pleasant and where this was not possible, to show that hard plodding would yield results of practical value to the learner. Interest, direct or indirect, became the keyword of instruction, and so it has remained.

The earliest methods, however, tough now practiced less frequently have not been completely abandoned. If you walk into a modern classroom that contains all the most up –to – date equipment, you may observe a highly trained teacher inspiring boys and girls with his own enthusiasm for his subject. Yet you will probably find that he awards marks for the work done by his pupils, and you will certainly find that the careless or inattentive pupil is liable to be punished.