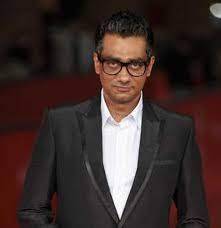 In  the blogchatter’s A2Z campaign, I will be presenting blogposts on ‘EXCEPTIONALLY TALENTED INDIAN ARTIST’ in the alphabetical order.  Today, Q– Qaushiq Mukherjee  – Film Director.  First few lines about the art form - then about the artist.

"  Next to the Word of God, the noble art of music is the greatest treasure in the world " - Martin Luther

Film director is the one who directs the film and that requires intimate involvement during every stage of film production  and he is responsible in in choosing the  cast members, production design and all the creative aspects of film making. Some directors also write their own screenplays or collaborate on screenplays with long-standing writing partners.

A film director's task is to envisage a way to translate a screenplay into a fully formed film, and then to realize this vision. To do this, they oversee the artistic and technical elements of film production. This entails organizing the film crew in such a way to achieve their vision of the film and communicating with the actors.

Qaushiq Mukherjee is popularly known as Q is an well known Indian film director. He is the founder and CEO of film production company, ODDJOINT. He worked in advertising prior to film director.

Qaushiq Mukherjee 's  film GANDU is  a controversial cult film. He has to his credit directed many web series, documentaries and films.

Q is creating his own language, his own visual style, and in an era and political climate in which conformation is seen as the biggest accolade, his ability to shake things up and force audiences to engage in a new perspective is commendable and worth celebrating.