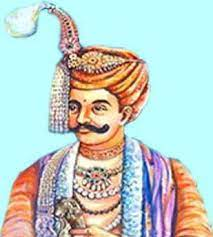 Harshavardhana referred to as Harshadeva, was the King of Sthanesvara between 606 and 648 A.D. He was himself a man of letters and patronised Bana, Mayura, Matangadivakara and others. He is the author of a Nataka Nagananda and two Natikas Ratnavali and Priyadarshika in Sanskrit. Bana’s reference to his patron as a writer and Hieun Tsang’s mentioning the Nagananda as Harsha’s work set aside their alleged authorship of Bana or any other poet in the court of Harsha.

1.  The Naagananda in five acts depicts Jeemutavahana as a self-sacrificer. He lays down his life to save a snake Sankachuda from Garuda. He is restored to life through the grace of Gauri. This play is considered the best of Harsha’s three plays.

2. The Ratnavali in four acts deals with the love of Sagarika, the princess of Simhaladwipa and Udayana of Kausambi. The play is modelled upon the Malavikagnimitram of Kalidasa. The vision conjured by the magician and the change of costume taken up by Sagarika to escape being detected by Vasavadatta are invented by the author. Sagarika’s identity got established by her gem-necklace (Ratnavali) which gives the title to the play.

3.  The Priyadarshika also deals with Udayana’s love. Here Aranyika is the beloved to enjoy the King’s love. In the presence of the queen Vasavadatta, her marriage with Udayana is enacted. Aranyika plays the role of the queen and Udayana plays his own part undetected by the queen.