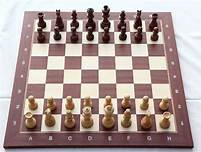 1. Chess is an imitation of warfare, with the sole object being to capture the opponent's king.

2. The game is played on a board of 64 squares, with each of the two players having 16 chessmen.

3. These represent different ranks and offices, and each is moved according to a predetermined pattern.