THE LAUNCH OF A LUXURY AIRCRAFT 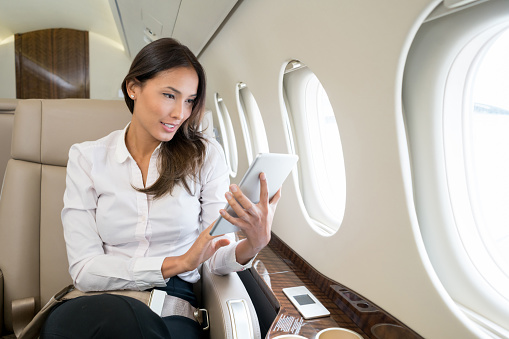 The luxury aircraft designed  for the elite business class received a remarkable appreciation and it was welcomed with such aplomb that itself became a special event. Here is a description of it:

It's the second edition of "India Aviation" at Hyderabad's Begumpet airport. And it does not disappoint. There are aircraft both big and small on display. The wonder of watching the sliver bird fly into the sunset is forever appealing . And that's what draws the crowds to see these crafts up close . Aviators also display their flying skills and the capability of their aircraft.

The tarmac sizzles in the heat of the afternoon sun. All around there's the loud hiss of auxillary power units. Everywhere we look, it's treat. Aircraft and more aircraft - big and small. To be precise, the organisers say that its' a little over 40... It's second edition of "India Aviation" at Hyderabad's Begumpet airport, a display of mainly civil aircraft.

In the first edition of 'India Aviation", in 2008, and at the same venue, the highlight was the world's largest passenger aircraft, the Airbus A380, making a special appearance.

This time, things are a bit different. More aircraft, but no giant plane. The heavy weights are the Boeing 777 and the Airbus A330. The showstopper is the smaller Antonov An -148, on display for the first time in India.

We learn that some aircraft left after day two, among them being an Air India 342- seater Boeing 777-300 extended range aircraft, and which would have made it the largest plane on display. But that doesn't really affect things! There are still Big Brothers - the Qatar Airways Boeing 777-200 long range (259 seats) and the  Kingfisher Airlines Airbus A 330 Aircraft.

The marigold festoons strung on the stepladder have long dried up in the heat but as we climb into the cabin, Air India's Maharaja is proud to show off his latest acquisition, a brand new 140 seater Airbus A320.

In the flight deck, one of the crew explains the salient features of the aircraft, while in the cabin, a Humphrey Bogart film plays out on the individual in -flight entertainment seat units.

Not too far away sits the Piaggio P180 Avanti, an Italian twin - engine turboprop aircraft produced by Piaggio Aero. Its unique design places the main wing behind and above the horizontal stabilizer.

And as expected, it is a bit of a tight fit but luxury nevertheless, on white leather seats. It's aimed  at the ever  busy businessman.