SPREAD THE FEEL OF JOY AND HOPE THIS FESTIVE SEASON 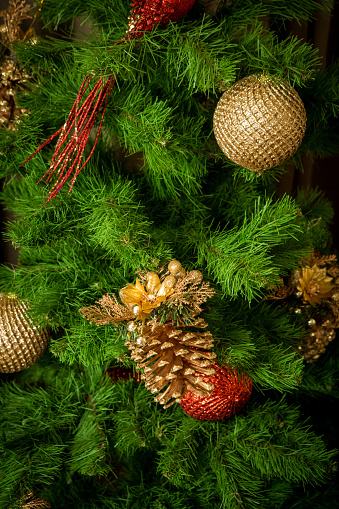 Christmas is round the corner and all are getting ready to celebrate it with high level of enthusiasm. After two years of the pandemic all are looking forwards to meet and greet their friends & relatives in person.

People in their young age can manage all the arrangements on their own. Where as the senior citizens require some assistants from the others. Here is a story of love and warmth that we need to spread during festival:

One such  senior citizens were Mr. & Mrs. Xavier living in an apartment complex for many years. People in the apartment respect and have high regard for them.  Once during the Christmas season Mr. Xavier met with an accident and was hospitalized.

The people in the apartment took turns to be with them in the need of the hour. Few days of treatment extended  to weeks and Christmas was  nearing. Mr. Xavier  will be discharged in a day or two said the hospital sources.

On the day of discharge, Mrs. Xavier needed her cheque book  as well as some documents of health insurance which she kept at home. As they are about to  be discharged, she need to settle her bills by producing the hard copy of the insurance papers. She requested Shreya the one who was with her on that day to bring it to her.  So that they can produce it and leave home.

Shreya received the keys  from Mrs Xavier and told them to be safe & call the nurse if they need anything. While she was getting into the lift to reach the ground floor, she heard the lift operator talking to the other staff of the hospital about the Christmas arrangement going on in the entrance.

Shreya thought of the Xavier's Christmas arrangement and quickly thought of a plan. After getting out of the hospital, Shreya made  a call to Amy rose and shared her plan with her.

Amy rose was happy to help her. Shreya planned to arrange a X-Mas tree for Xavier 's Christmas before they get back home. As Mrs. Xavier alone can't make all the arrangement along with looking after the recovering Mr. Xavier.

Shreya requested Amy rose to buy a simple X-Mas tree and reach to the Xavier's flat. Shreya drove to the apartment  and parked her car. Shreya called Amy rose but she wasn't reachable.

Shreya stood in front of the Xavier's flat and took out the keys given by Mrs. Xavier and opened the main door and went inside. Switched on all the lights  and opened the window.

As instructed by Mrs. Xavier, Shreya found the insurance papers in the first draw of the cup board and placed it in her bag. Her phone rang, it was Amy Rose calling, she attended her. Amy  Rose asked Shreya to come near the lift. Shreya did so.

To her surprise Amy Rose along with helpers coming out of the lift with a decked X-MAS tree. Shreya dumfound and simply staring. Amy rose asked Is this ok ?

Shreya had no answer, but in a mild tone she asked -'How come you bought this so soon?" and it seems to be tastefully decorated too" From where you got this ?"

Amy Rose happily patted Shreya and said ''Its mine the one I arranged for my home" Then why ? you brought it here? Shreya worriedly asked.

"No problem Shreya" Its for me or for Xavier's no matter. Christmas for all of us. I can make some arrangement tomorrow. But for them this will be a hope, energy and happiness &health.

But Amy, ... said Shreya. No but, & nothing,,,,, doing, come on,  Let's get this inside the Xavier's flat said Amy Rose. With the support of helpers, Amy & Shreya placed the decked X-MAS tree in the hall and arranged the sofas and side table accordingly so as to have some space to move about.

Shreya had no words to express her gratitude to her for what she did for Xavier's. Within that Amy Rose phone rang, she answered it and went near the door.

"Its Swiggy" Amy told to Shreya and opened the door and received  a parcel. "I have ordered a rum cake", it's that. Amy extended the parcel towards Shreya saying thus.

'You are so sweet , Amy Rose , gushily said Shreya.  Will place it  on the table next to the X-Mas tree. said Amy Rose.

Lets make it fast and I need to reach the hospital soon, Mrs. Xavier will be waiting for me said Shreya. As they are about to leave, some one knocked the door.

Shreya went to open the door, and found Mr. & Mrs. Xavier along with John.  She was stunned to find three of them.

Pave way shreya, let the wheel chair get in shouted John. Shreya moved and opened the door widely, they came in and in full excitement, Mr & Mrs Xavier exclaimed OH, MY GOD, JESUS! in unison.

There joy found no bounds to see the decked X -Mas tree in their home. Shreya explained everything Amy Rose did for them  and they cheerfully greeted MERRY CHRISTMAS to Amy Rose and they took her hands into theirs and the silence did all the talking.

Shreya, Amy rose and John made the Christmas of Xavier's  a memorable one.

(John  stays in the same apartment and works for an insurance company. On his way back from his office, he thought to met Xavier's at the hospital to enquire about his health. so he dropped in and found them waiting for the insurance papers.

He met the in charge of the insurance unit in the hospital  and produced the e- copy and took permission to submit the papers tomorrow. This led to the immediate discharge of Mr Xavier & he accompanied them to their flat.)

( This blogpost is a part of Blog chatter's BlogHop prompt : A DECKED CHRISTMAS TREE, RUM CAKE, AND A KNOCK ON YOUR DOOR)