HOW DIFFERENT ARE THE SHAWLS OF NAGALAND? 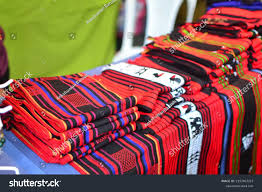 In the North -eastern state of Nagaland, Nagas have evolved into a generic term for many tribal communities of the region. Of the 32 such tribes, 16 major and numerous sub -tribes spread over Nagaland's seven districts; Primary amongst them are the Angamis, the sema, Konyak, Aos and the Rengmas, each with their own distinct culture and lifestyle.

Naga Shawls are not a mere wrap against the cold, they are highly symbolic. Each tribe has its own special patterns and motifs and even certain ceremonies are indicated in the weaving of these beautiful wraps. The weave and patternisation of a shawl identify tribes and also indicate the social status of a man.

Among the Angami tribals, the most common pattern in these social shawls is Lohe, red and yellow bands on black cloth. The Lotha tribal shawls are woven into graded pattern - a series of shawls indicating the gennas he has performed. A Naga who has performed the stone dragging ceremony wears the Lungpensu- five stripes of light blue on dark blue cloth. The Ao warrior shawl is embellished with the deeply symbolic mithun, tiger or elephant motif.

Weaving is one of the most colourful and dynamic traditions of the Nagas. Its finest renditions are in the beautiful hand -woven shawls of the various tribes. The market outside the supermarket is a delightful place where village women in tribal costumes sell products ranging from farm produce to trinkets.

Interesting know ! the culture behind shawls. Don't forget to buy a shawl in your trip to Nagaland.