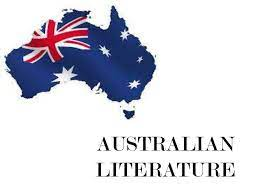 1. The first widely known novel of Australia is Recollections of Geoffrey Hamlyn (1859)

2.  Recollections of Geoffrey Hamlyn is written by Henry Kingsley

5. Joseph Furphy is widely regarded as the "Father of the Australian Novel"

7.Fly Away Peter (1982) by David Malouf is a novella set in Queensland just before World War I

8.Anna Maria Bunn was the first woman novelist in Australia

9.  The Guardian: a Tale (by an Australian) (1838) was the first novel published on mainland Australia and the first in the continent by  a woman.

11. "MY COUNTRY" is an iconic  patriotic poem about Australia, written by Dorothea Mackellar

12. David Williamson is an Australian writer who developed a kind of Journalistic Drama