10 POINTS ON THE HISTORY OF ENGLISH LANGUAGE 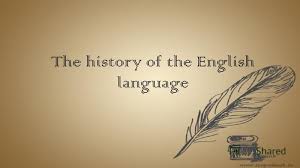 2.    English Language belongs to the branch of Germanic languages.

3.    English was initially the language of the Tribes of the Angles.

5.    Modern English is called an “Analytic Language”. It means that it has one morpheme.

6.    The Parker Chronicle is “the oldest historical prose in any Germanic language.”

7.    The maximum change that took place in language during the course of time is in speech.

8.    Growth and structure of the English Language (1905) was written by Otto Jesperson

9.    People who study the history of language are called philologists.

10. The English Pronunciation Dictionary was prepared by Daniel Jones.